it’s with great sadness and reservation I take these powers….

So first thing, I’m not taking on any powers. now that that’s out of the way, I wanted to take a little time and put together some thoughts on the current state of our industry.

We’re at an inflection point, a paradigm shift where everything that once was is about to change. I’m sure some would argue that we’ve already fallen over that edge. I don’t mean to be all dramatic ( although it does create an more interesting bit of writing!), but I truly believe our industry is in for change.

There’s a great book called the Aquarian Conspiracy that deals with the concept of paradigm shifts. It’s not IT related at all, but I think applicable to this topic sense we are dealing with a point where there are so many of our “beliefs” that are been destroyed that we need to find a new path forward.

what beliefs am I talking about? let’s start with this small list, although I’m sure there are more ( feel free to post in the comments if you have any!)

1) International Standards bodies work. – IEEE/IETF have been infiltrated by overly powerfull vendors with their own agendas, allowing them to force or stall individual projects on a whim. ( see Greg Ferro’s article for a great description of this in detail

2) That overlay networks are going to solve all of our problems.

3) A protocol per problem: Any problem can be solved by adding a new protocol.

Now there are a lot of solutions right now, SDN is hot. Whether that’s Nicara, BigSwitch, IBM and HP with the recent VEPA gear. ( yes, one of them is VEPA “ready” @ioshints! ), or whether we’re talking about something much more devious like vXlan or NVGRE.

There’s a lot of great work that’s been done in the Openflow arena but I’m not sure it’s gotten out of the “solution looking for a problem” stage yet.

But to be honest, there’s one player that has be a little bit concerned here. Perhaps I’ve just seen too many Star Wars movie in my time, and with the recent re-release of Episode 1, my mind is going down a strange road.

There. I said it out loud.

Now to explain to you WHY they scare me, I have to explain a little bit of the star wars story. ( for those of you who have been living under a rock ).

Once upon a time there was a republic that had lived for a thousand years with their glorious protectors.

Now these brave men and woman had been rescuing the business for years from spanning-tree loops, layer2 data center interconnects, and the evil of double ( and single ) NATs.

But unfortunately the Senate ( IEEE/IETF ) had grown complacent with the member planets (vendors) arguing internally for placement.

And suddenly out of the darkness comes VMWARE and VxLAN. 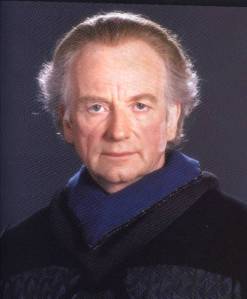 ” Yes, I know you haven’t done anything about that little VLAN problem, but you guys just keep arguing…  it makes me really sad, but I suppose I will handle all the traffic decisions, but just until you guys get this figured out, ok? It’s with great sadness and reservation that I take on these power…”

I’m pretty sure that everyone remembers how that story ended.

Don’t believe me? Think about this, VMware introduced the vSwitch and took Cisco on as it’s “apprentice”. Cisco had the only vSwitch in the industry for the last few years that had access to the hypervisor of the major player in the industry.

And now, VMware has it’s own security suite that negates the need for a ASA. Especially when you consider that there are currently no hardware products that support the termination of VxLAN tunnels.

And if all the shady behavior is not enough to convince you, check out this little nugget that I found on the Microsoft page today.

What the heck happened to VCE???  Now we have to deal with MCN as well?

I don’t know how this is going to play out. Will Openflow grow out of a lab toy into a solution which not only scales, but actually addresses technical requirements in a much more elegantly simplistic way than our current protocol-per-problem paradigm?  I guess we’ll see…

What do you think? Anyone else worried about the state of the networking industry? Change is a constant and embracing change is the key to surviving in this industry, but I also think a healthy dose of vendor sketicism and suspicion is not only healthy, but a survival trait.

I just hope that the network industry pulls out of this before John Chambers ends up in a black suite with a respirator and all the rest of us Jedi’s are gone.

Feel free to let me know where you see this headed in the comments.

3 thoughts on “it’s with great sadness and reservation I take these powers….”