Some of you may have heard me ranting on Packet Pushers on stupid network tricks and why we continue to be forced to implement kluges as a result.  I made some comment about trying to come up with some metric to help measure the deviation of the network from the “golden” desired state to the dirty, dirty thing that it’s become over time due to kluges and just general lack of network hygiene.

So I decided that I would write a bit of code to get the conversation started. All code discussed is available on my github here

What I wanted here was to create some pseudo-mathematical way of generating a measurement that can communicate to the management structure WHY the requested change is a really, really, bad idea. 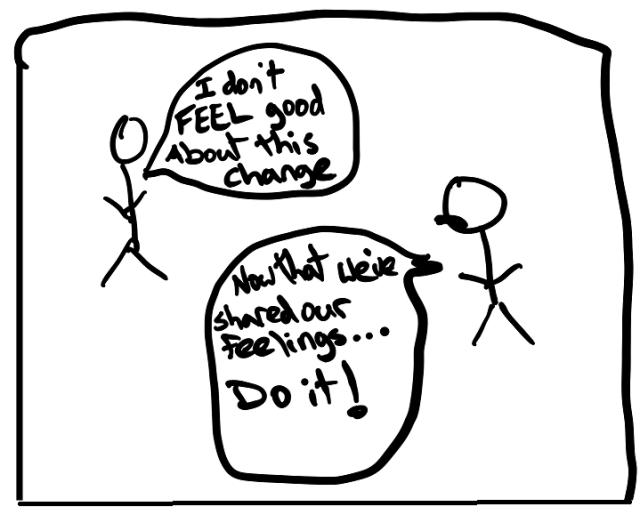 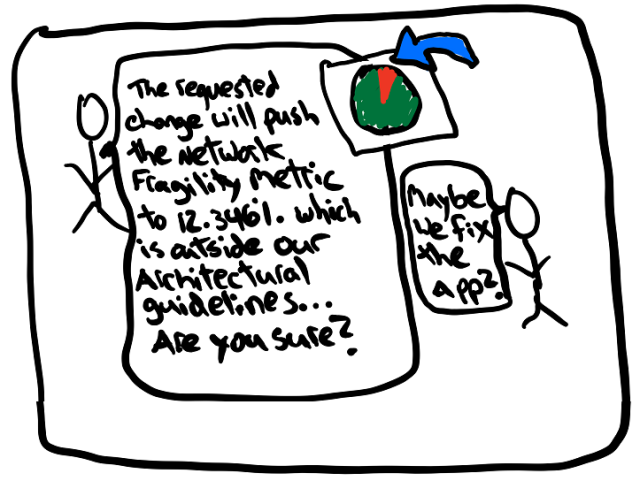 Which conversation would you like to be part of?

I’m making some assumptions here that I think it’s important to talk about.

So how does one calculate the fragility of a network?

Wow! Thanks for asking!

We should now be left with a directory full of pairs of configs.

We then use the python difflib SequenceMatcher library to calculate the difference between the pairs of files. The difflib library allows us to take two text files, eliminate the white space and compare the contents of the two files. One of the cool things is that it can give us a ratio metric which gives us a number between zero and one to measure how close the two files are.

What this means is that you can get this as output.

Now that we’ve got a ratio for how different all of the pairs of files are, we can then calculate the mean average of all the files to calculate the network stability metric and network fragility metric

HINT: If you add the two numbers together…

You can also get a nice graph 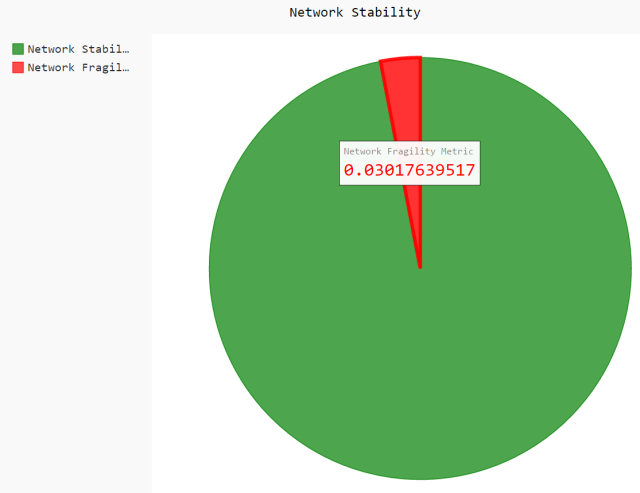 Note: The pygal library produces a much cooler graphic which you can see here

So the first thing I want to make clear is that I don’t intend this to REALLY measure the risk of a given configuration.

One idea I did have was to adjust the weighting of a specific configuration based on the role of that device.

Example – The core switch blowing up is PROBABLY a lot worse than an edge switch tanking because of some kludgey configuration.

This would be fairly easy to implement by placing some meta data on the configs to add their role.

Example – Look for [‘BGP’,’OSPF’,’ISIS’,’EIGRP’] in the dirty config and then weight those lines higher. Look for [‘RIP’] and rate that even higher.

Again, all the code is available here. Have a look. Think about it. Give me your feedback, I’d love to know if this is something you see value in.